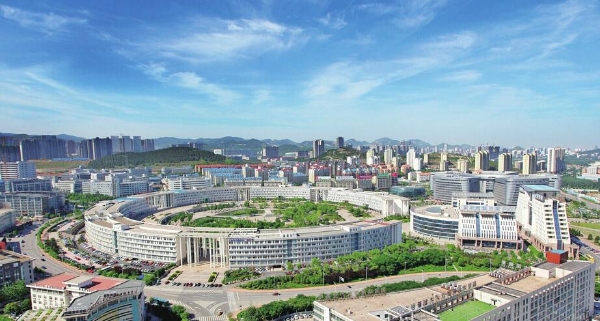 The Jinan Qilu Software Park has been selected as a national digital service export base with approval from the Ministry of Commerce, the Office of the Central Cyberspace Affairs Commission, and the Ministry of Industry and Information Technology.

With the expanding usage of new-generation information technology, the digital economy and digital trade have gradually become major drivers behind economic development, and Jinan has rolled out a series of supporting policies on investment, R&D, trade, and talent in an effort to improve the environment for the development of the digital economy.

The city's total software and information technology service revenue has reached a record high and ranks first in the province.

Sixty percent of this comes from Qilu Software Park, which also accounts for more than 30 percent of the total software and information technology service revenue in Shandong province.

The park is currently home to more than 2,600 companies employing more than 160,000 people. It has cultivated a number of industries, including software, big data, artificial intelligence, internet application, and integrated circuit design.

The park is expected to earn more than 300 billion yuan ($42.34 billion) in revenue from the software and information service industry by 2021, making it one of the top digital service export bases in China.

By 2025, the park's digital service exports are expected to account for more than 50 percent of its total exports.