2019: A Fruitful Year for Shandong

According to the government work report, Shandong's GDP in the past year grew by an estimated 5.5 percent year-on-year, while the province's general public budget revenue increased by 0.6 percent. 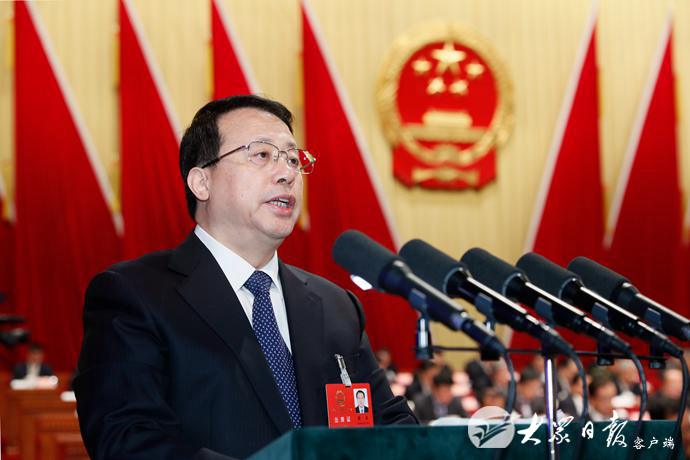 The per capita disposable income of urban and rural residents increased by 7 percent and 9.1 percent respectively, while the registered urban unemployment rate stood at 3.29 percent at the end of 2019, and 1.38 million new urban jobs were created last year.

Gong said that 2019 was a very significant and extraordinary year for Shandong's development, as it gained approval to build the China (Shandong) Pilot Free Trade Zone, its city Qingdao was approved to build the China-Shanghai Cooperation Organization Demonstration Zone for Local Economic and Trade Cooperation, and the Jinan Supercomputing Center Science and Technology Park began operations in May 2019. 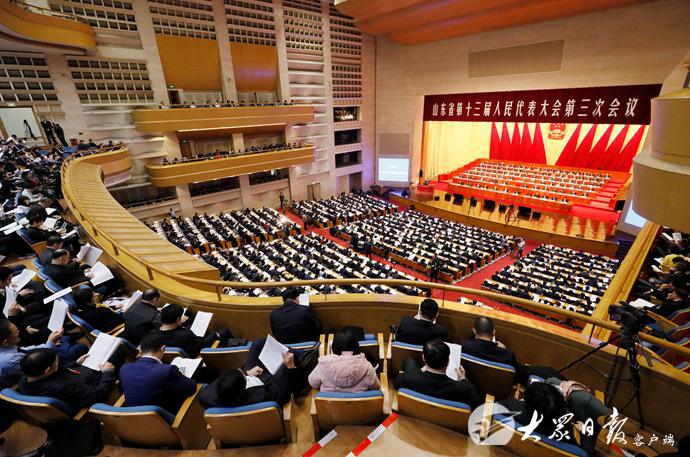 The third session of the 13th Shandong Provincial People's Congress commences in Jinan on Jan 18. [Photo/dzwww.com]

The prototype magnetic-levitation train with a maximum speed of 600 kilometers per hour was unveiled in Qingdao on May 23, 2019, filling the gap between aviation and high-speed rail transport in China.

The high-speed maglev transportation system is one of the key projects under the Ministry of Science and Technology's 13th Five-Year Plan (2016-20) to promote an advanced rail transit system.

By the end of 2019, Shandong had opened more than 10,000 5G base stations and it was home to 44 national marine ranch demonstration zones.

In 2019 Shandong invested a total of 37.5 billion yuan into railway construction, with the total length of operational railways in the province reaching 6,589 kilometers, including 1,987 kilometers of high-speed railways. 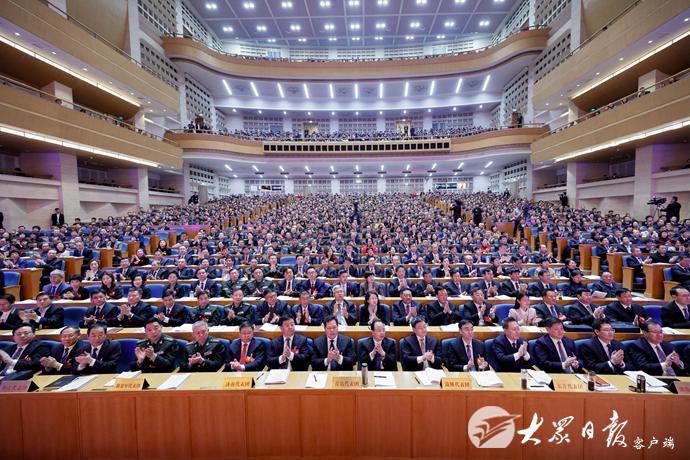 Deputies listen to the work report during the third session of the 13th Shandong Provincial People's Congress on Jan 18. [Photo/dzwww.com]

Shandong is striving to become one of China's top innovation-oriented provinces. More than 2,500 new high-tech companies began operating in Shandong in 2019, bringing the total number to over 11,000. The output value of high-tech industries accounted for 40 percent of the total, an increase of 3 percentage points over 2018.

Shandong has continued to improve the business environment for investors and enterprises, and rolled out a wide array of policies to improve its service.