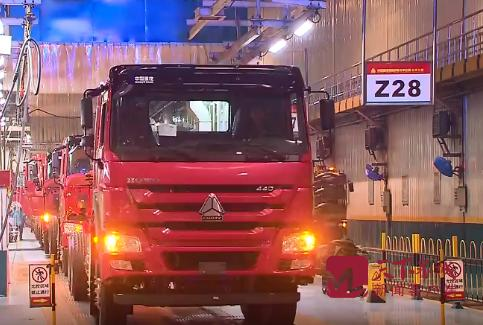 Sinotruk is sparing no effort in expanding its overseas markets. From January and November, Sinotruk exported more than 36,000 heavy trucks, up 11 percent year-on-year. Its export revenue increased by 23 percent compared to the same period in 2018, the company said.

To date, the truck manufacturer has exported its products to 116 countries and regions around the world. It has established business ties with more than 260 distributors and opened nearly 600 service and parts outlets in more than 90 countries.

In addition, the group has built 18 overseas knockdown production sites in countries and regions including Russia, Africa, the Middle East, Central and South America, and Central and Southeast Asia. It has also set up operation networks in markets such as Australia and New Zealand.

In response to the Belt and Road Initiative, Sinotruk said it has established sales and service networks in more than half of the BRI countries and regions.

In the first nine months of this year, Sinotruk sold 3,789 vehicles in Central Asia and Russia, representing an increase of 37.5 percent year-on-year.

According to Tan Xuguang, chairman of the company, Sinotruk will continue to deepen expand abroad and develop a series of personalized products to meet overseas demands.